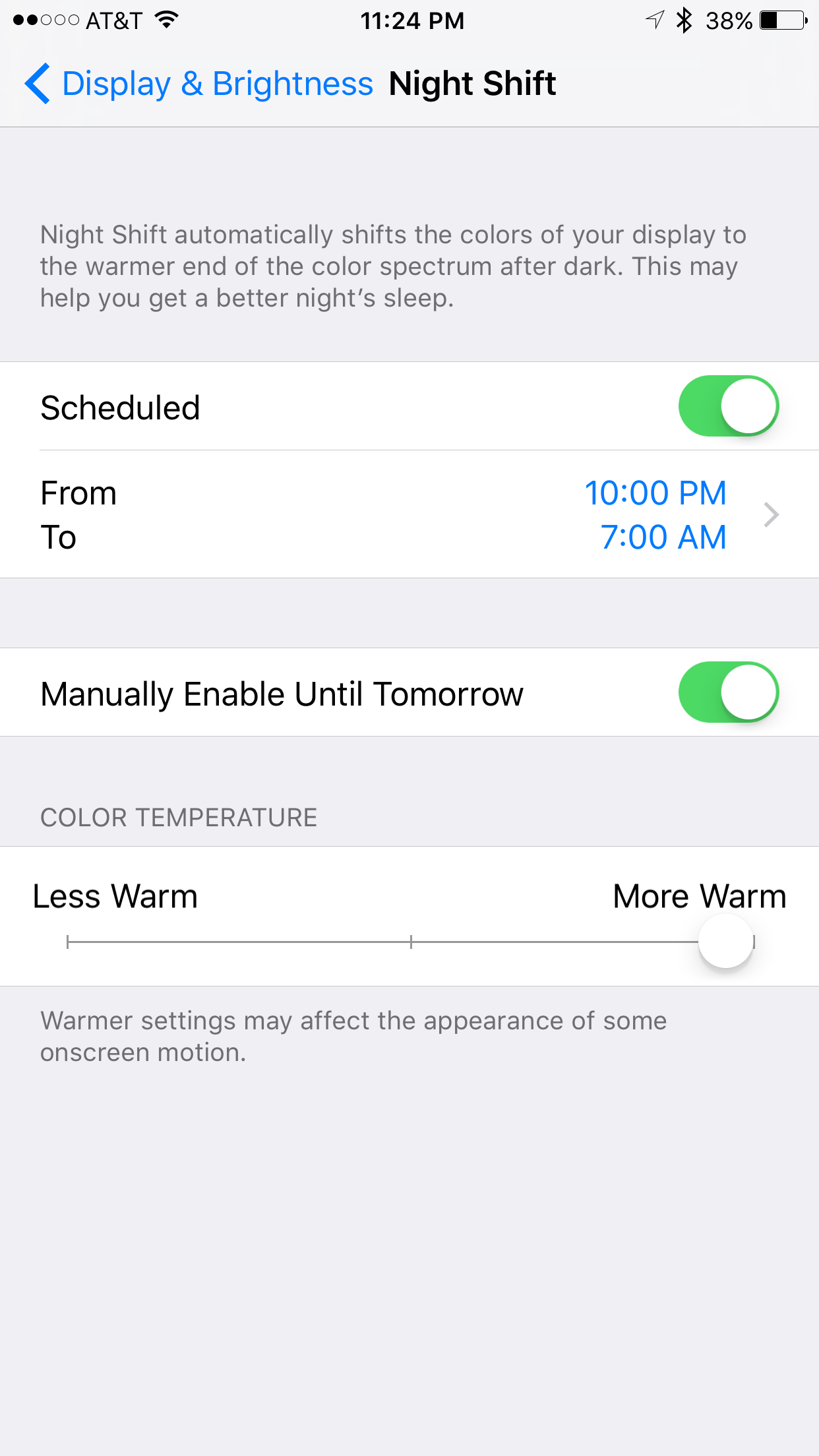 A couple days ago, Apple pushed out iOS 9.3, bringing with it Night Shift, a built-in feature that can warm the colors of your device’s screen, helping reduce the blue light that can cause eye fatigue and make it harder to fall asleep. For those of us who love Flux, this is a warmly welcomed (heh…) addition: previously, if you wanted something that could warm colors on iOS, you had to sideload Flux through Xcode, which made it inaccessible for normal users. If you’d like to try Night Shift out, it’s located under Settings->Display and Brightness->Night Shift.

Night Shift works very well, and like Flux, can be scheduled to automatically turn on in a scheduled interval, or from sunset to sunrise. It’s a very simple UI, and has pretty much copied Flux in every single way. Honestly, I think it was a very simple and trivial bit of code and design for Apple, and they are exaggerating way too much when they say that it’s an “innovation”. However, I know that many developers swear by Flux for reducing fatigue, and there is research that suggests that warming your screen does help you fall asleep, so people are certainly glad it’s now here.

The reason I’m most excited about this simple feature is how it’s been tightly integrated into iOS. Night Shift has been added to the swipe-up Control Center as an essential utility, right next to things like the calculator and camera. If anything, this means that normal users will notice the icon and try it out, potentially realizing the benefits of warming your screen at night. Basically, this will help many more people adopt Night Shift and benefit from it.

I think that Night Shift is the beginning of making screen warming a mainstream feature, and something that a large percentage of people will ultimately use. Flux has been popular among software developers and students, but hasn’t really gained traction among the general publics. Night Shift will help “spread the word” like nothing else! Hopefully, we’ll see Night Shift brought to OS X soon, and to Android, Windows, and others as a built-in OS feature in the next year or so. Until then, enjoy a warmer iOS!